Every 11,000 years, Our solar system passes through a 2,000 year-wide belt of highly charged ion particles known as the photon belt.

“Every 26,000 years, the material creation experiences a turning point caused by the galactic alignment. That means that our sun is in alignment with the central galactic sun. In addition, during the winter solstice of 2012, the Sun was located so that the Milky Way encircled the horizon at all points. The place where the Milky Way absorbs the Sun’s radiation is located in the so-called dark space, which is formed by interstellar dust clouds.

This galactic alignment is the basis of the calendars of the Maya, the Veda, the Great Pyramid and astrology.

The four ancient cyclical calendars give us hope, for they show that a cycle of 26,000 years is coming to an end and a new one beginning. Thus, none of the four reflects an apocalypse; instead, they show a turning point in the cycle and indicate a subsequent spiritual age.

Photons are in the section on light. Science defines photons as particles of light that move in an electromagnetic field at the speed of light.

The photon belt (also called Manasic Belt or vibration) is a huge superordinate light phenomenon. In his book “Photon Belt”, Sheldan Nidle says that it has the shape of a thick ring with a diameter of 2,000 light years or 1,223,381 kilometers. This event also repeats every 26,000 years and thus takes its place in the galactic alignment. Every 24,000 years, our solar system passes through the photon belt for 2,000 years on its spiral-shaped orbit around the central suns of our galaxy in the Pleiades. These 2,000 years represent the golden age of light.

The photon belt is to convey the Earth, and with it all living beings, from the Third into the Fifth Dimension. Various sources claim entry times into this belt between the 1960s and the 1990s and into its center between 2012 and 2036. Most authors who write about the photon belt claim (often simply quoting one another) that the earth entered the belt in 2004, and since 2012, our entire solar system has been moving inside it; a calculation of time shows this to be impossible, however.

In the course of this transit, the photon belt, with its cosmic radiation that is many times what the Earth experienced previously will either destroy the planet with natural disasters or trigger a huge evolutionary leap. I also believe the ascension to still be possible, but this transition will take decades and its light frequency will become increasingly intense in our solar system and affect all life within it. Science confirms this.” Source: Gaia Legacy 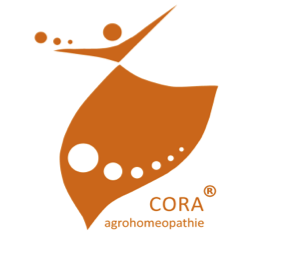 We respect you privacy and undertake to protect the personal data collected through our on-line information system, and not to forward them to third parties or use them for other purposes without your consent. Because the on-line information system features certain links to other, external websites which are not related to us, we are not liable for data protection on these websites.

At the same time, we undertake to protect the data and the privacy of website users to the best of our abilities.

In order to prevent unauthorized access to the collected data or their disclosure, as well as to maintain their accuracy and ensure their appropriate use, we use suitable technical and organizational procedures for the security of the data that is being collected.

Third party cookies include analytical and functional cookies, which are placed on your device by other companies such as Facebook Inc. and Google Inc. These cookies allow you to use plugins and website features that are connected to their social networks and other platforms. They are also used for tracking your use of their services.

Please enable Strictly Necessary Cookies first so that we can save your preferences!

When you visit/use our website, a so-called cookie is placed in your browser. Cookies are text files that are saved on the user’s computer, and allow analysis of the user’s visit, the number of their visits, and what they are interested in during their visits. A cookie contains the basic information on the user’s visit to a particular website, e.g. the names of the websites they visit on-line. The cookie content is saved into a special folder on the user’s computer. By double-clicking on the file, we can get further details on the visited website, as well as the time and date of the visit. All of these data are also stored by the administrator of the website visited by the user.

The user can change their settings in order to delete, turn off or conditionally use cookies, although this means that they will no longer be able to fully use all the features of the website. Browsers are basically set up in order to accept cookies and reject cookie setting that does not originate from the site indicated in the title bar.