Transitioning to a sustainable food system is more important than ever before. What role does agriculture play and how can the agrifood industry accelerate a just transition? Those questions are tried to be answered by huge number of farmers, researchers, academics, institutions, gowernments, individuals.

A huge number of people have recently started with home gardening, a way of growing vegetables, self-sufficiency in this area is of course an excellent option for those who have the will to do so.
But in fact, there is a common denominator for that right, the essence that is missing in the solution equation for solving today’s pressing, challenging problems of humanity, including global sustainable food supply. That the thing can be perceived, it is right to shed light on the fact that it was used in practice by many ancient and advanced civilizations.
People who recognize and discover the fact that this path leads first and exclusively through people are at an advantage and on the right path.
Below is a translation of a publicly published popular article by a Slovenian author, Srečko Šorli.

“Advanced relativity is a scientific model of everything that exists, or at least everything that man thinks about. Maybe there are things or beings that we humans don’t even know about and don’t even think about. My Italian colleague David Fiscaletti and I have already published many articles, recently also in journals marked SCI (Science Citation Index). If someone publishes an article in such a journal, the academic profession understands that such an article is science, although this is not always the case. The discovery of the Higgs boson, for example, was published in SCI journals. However, the Higgs boson is not the mass carrier of elementary particles. This is the ‘flower’ of physics of the 21st century, about which historians of science will write a lot.

Epigenetics is not yet a scientific science, its findings are not published in SCI journals. Its main representative is the biologist Bruce Lipton, who says, among other things, that consciousness can change the genetic record. Advanced relativity is a scientific model that links cosmology, biology, and consciousness, and describes how consciousness creates life and how a conscious human can alter its genetic makeup.

Let’s look at this in more detail with an approximate mathematical description. In the theory of relativity, the mathematical model that describes three-dimensional reality is its complete description: each element in the model corresponds to a specific element in the physical world. In scientific language, we say that each individual element in the model and each corresponding element in physical reality are related to a bijective function of set theory. But when we describe the cosmic mind, of which the human mind is also a part, such a precise model is no longer possible, at least Fiscaletti and I did not succeed in making it.

In biology today, it is known that cells also contain microtubules. These tubes have molecular systems on their walls, in which there are three sets of molecules in total, which can be called triads of molecules. If you type ‘microtubule’ online, you’ll find beautiful color sketches. Even DNA is structured similarly from sets of molecules that are in triads. Special molecules called polypeptides travel between the microtubules and the DNA, carrying information from the microtubules to the DNA. Epigenetics deals with how information gets from consciousness to microtubes. Advanced relativity has the following model: in every living organism there is a biophoton field, which is an information link between cells. Articles about it are published in SCI-journals. The biophoton field is connected to consciousness through pilot biophotons that exist in the higher dimensional spaces of the mind. Biophotons in the three-dimensional world rotate left or right. Spin to the left means 0 and spin to the right is 1 (or vice versa, it only matters that the biophoton carries 1 bit of information). A three-dimensional photon exists in dimensions X1, X2, X3. 3D-photon is one of four possible versions of the pilot biophoton in four-dimensional space, namely: X1, X2, X3; X1, X2, X4; X1, X3, X4 and X2, X3, X4. This can be written using the combination formula:

The formula Ck (n) = (n!) / (k!) x (n-k)! can be used for pilot biophotons in higher spaces, where they always carry more information. We can also make a comparison with the higher spaces of the mind and the chakras in yoga:

As we can see from the calculations above, biophotons in higher spaces carry more and more information. Consciousness in this model is a space with infinite information.

A person who meditates regularly and is deep in consciousness could have the ability to change the genetic record through pilot biophotons. When a 3D-biophoton has a connection with a 9D-pilot biophoton, that is, a 9D-space thatcorresponds to the ajna chakra, it can transfer 84 bits of information into the microtube, that is to say, it transfers the corresponding information to 28 triads in the microtube, which are then transferred by polypeptides to 28 DNA-triads. Thus consciousness ‘resets’ the genetic record and creates a new one. It is also possible for a mind that is not connected to consciousness to create a false DNA record. Today we know that most diseases are psychosomatic, as they originate in the improper functioning of the mind. A mind that is not connected to consciousness cannot function properly. A mind without consciousness is like a sailboat without a rudder. In the storms of life, it quickly gets stuck and breaks.

Advanced relativity is a model that shows how the information in the microtubes, which is in the form of a spin photon, turns into biochemical information, which is carried on to the DNA by polypeptides. This missing link in the ‘consciousness-mind-body’ transmission of information gives us a deeper understanding of our connection to consciousness. If we only believe in matter, only 3D photons work in us, transmitting only the most basic information for the functioning of the body. But when we delve deeper into ourselves and discover higher spaces of mind and consciousness, pilot biophotons of higher levels also work in us. In the vernacular, we can say: God always looks at a wise man, watches over him and guides him. A person who believes only in matter is not reached by God, the light of God (pilot biophotons) is not yet lit in such a person. Therefore, a person with the inner light on is mentally and physically healthier than a person who only lives on the physical 3D plane.

The crisis of today’s society is the lack of wisdom and inner light. In today’s society, which still blindly believes in science, we ‘clergymen’ are characterized as ungrounded dreamers. No national television has ever said during the main reports, between 7 and 8 p.m., that the systematic development of the consciousness of the entire population is the foundation for the further development of the nation and the country. Because the country is mostly run by people who only live in the 3D world.

Science without inner light is one of the main sources of problems in the world today. The only way out of the crisis is to connect science and living spirit, consciousness, which means introducing meditation into the school system. Wise peoples such as the Bhutanese and Tibetans have practiced this since time immemorial. Let us hope that the light of an enlightened mind will soon be awakened in Europe as well. Meditation ennobles the human mind and directs it to a deep connection with nature, fellow human beings and the universe.” Author: Srečko Šorli , Article published in senta.si

Sustainability and Awareness have the same Denominators!

In my company, for more than 10 years, we have been developing and manufacturing natural and such advanced products that have a common denominator with the content of the above article. Of course, these are “alive” biophotons of appropriate plants and minerals from appropriate balanced ecosystems. Natural Natural Order since Universe, Earth, Nature, Life exsist. That’s why our products are INDEED NATURAL homeodinamic products with on energethic level appropriate balancing sprayed surfaces.
We can send cultivation programs (for mainly sorts of vegetable, fruits, berries, nuts, crops, hop, grains, oil-plants etc. with the solutions offered by our products to all growers who are interested).

If you are interested, write us an email about it and you will receive an offer. Contact: info-homeo.cora.agro@ortan.si. You’re kindly invited to join!

For all those who want to gain practical knowledge and experience in this field, we announce the imminent start of enrollment in our Academy (SAE ENQP TM Academy, 2023 – 2025). For those, kdo are aware that has sense to hurry: Last year’s edition information are under this link, but the new one will be mostly the same, (of course there will be a difference in dates and due to the big inflation also price will be higher for 12%). If you are interested in this, you can already write to email today for an offer. It may happen that the available places for listeners will be sold out even before the planned date of the public announcement of the start of the application collection.

Contact: info-homeo.cora.agro@ortan.si. You are kindly invited to apply on the time!

The Best Life in Quantum Powers™ 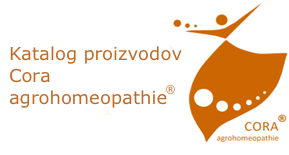 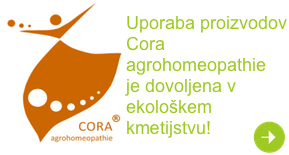 Iconic One Theme | Powered by Wordpress

This website uses cookies so that we can provide you with the best user experience possible. Cookie information is stored in your browser and performs functions such as recognising you when you return to our website and helping our team to understand which sections of the website you find most interesting and useful.

Strictly Necessary Cookie should be enabled at all times so that we can save your preferences for cookie settings.